I found some time to sketch today and put together this cobra samurai robot graphic. I’m finally getting back in to sketching just because and am hopefully going to steer clear of any 40-hour paintings for the next while. The comic is still on the back-burner, so I’m building up sketches of characters and settings for now. While I do have a plot in mind for the comic… I don’t want to restrict myself with the plot – So while I’m plotting and story-boarding the first hundred pages I’m also sketching up a storm – and sometimes my plot will influence the concept-sketches and vice-versa. 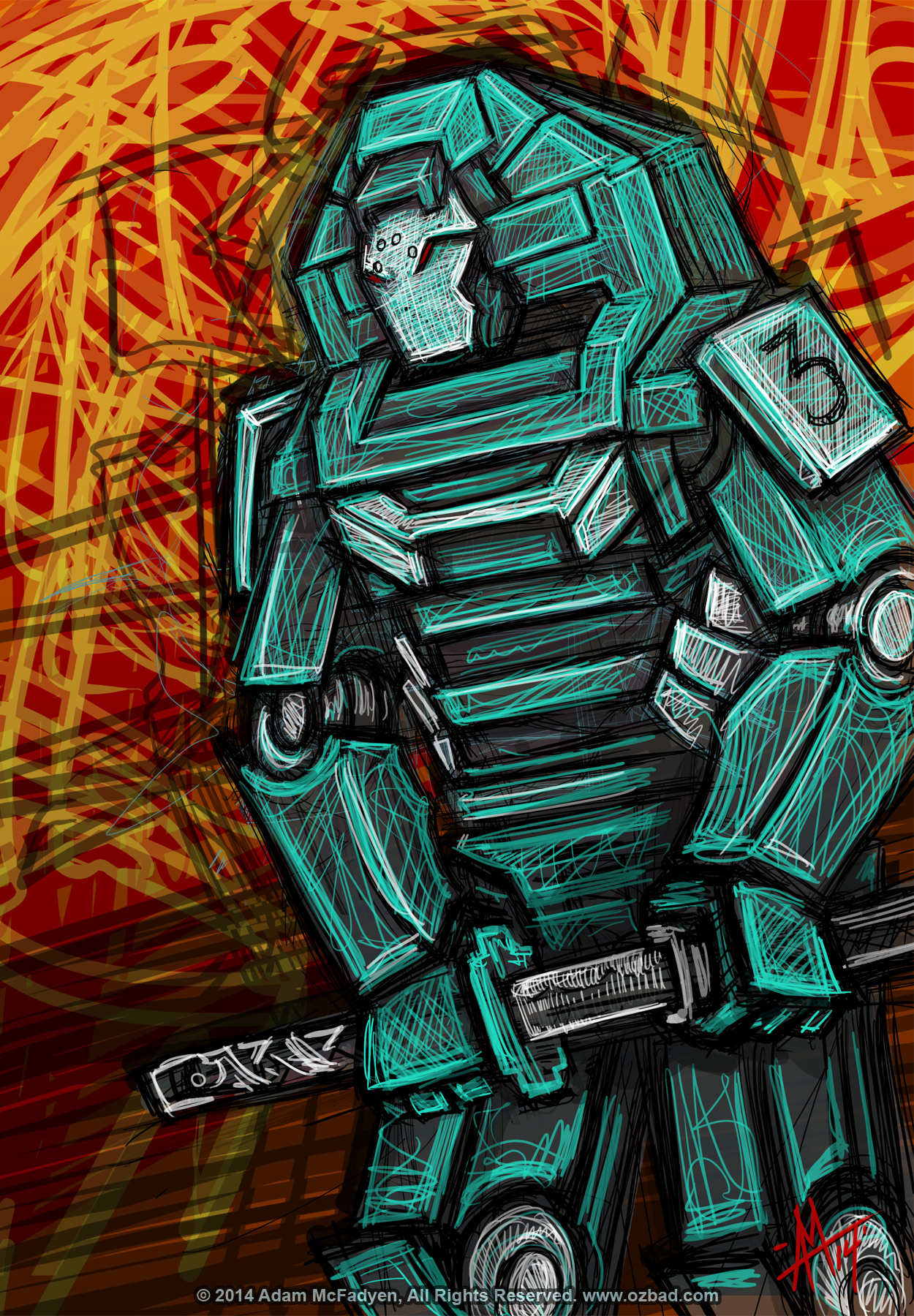 On another note: I may just put the comic on an infinite hiatus and focus instead on creating a video-game from all of the concept art I’ve been building up. I have some cool ideas about different input techniques and the timing of the game-loop which I think could be really cool.

I plan to have a multi-player aspect in time… and having characters which can fight in arena-modes where the physics and control inputs are affected by the environments tempo (set by the players) could be really fun. I’ve found a game-engine I like and have begin dabbling with it.

Who knows, dabzo Interaction Design could turn in to a game-studio… Come to think of it that’s been one of my hopes since beginning this web-development career.

So what should I use this cobra samurai robot for? Maybe a boss character? a daemon to be summoned with a particular technique… maybe just a background-graphic… we’ll have to see.