This Samurai Robot Comic is a preview of the series I have begun work on. 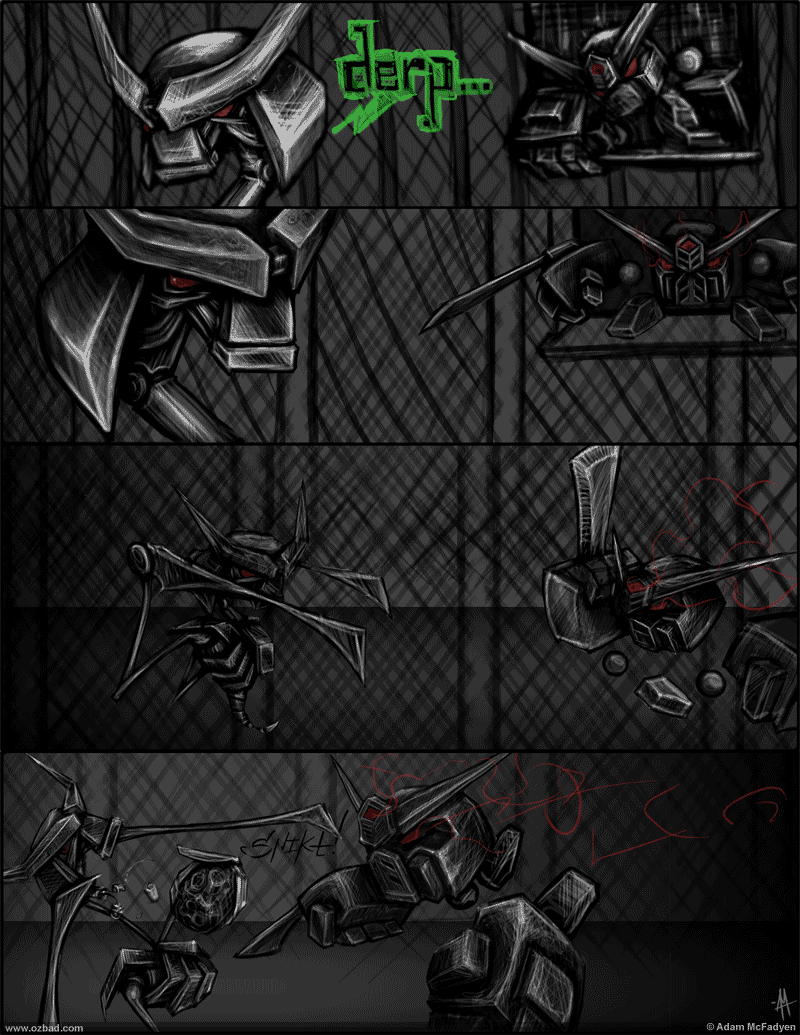 OnBot, Samurai Robots and Other Epicness

OnBot takes place in a quasi-Post-Apocalyptic setting. Robots and humans have previously struggled for power against one and other and now stand united against a new threat. All manner of Robot, Animal, Plant, Cyborg, and Biomechanical creature inhabit the world of OnBot. Stay Tuned for More!

**Edit: As of Summer 2013, I’ve finished story-boarding the first issue.